Driving in Rome & Italy: what to know | Wine And Food Traveller
By Bruce White

I am posting this courtesy of  From Home to Rome,, a wonderful accommodation booking service that I use for guests wanting to stay in an apartment in Rome. Live like a Roman.  Anyone travelling on my wine and food tours and hubbing through Rome should consider looking at the apartments they have. Roughly last year we published a (successful, it turns out!) post about the “dreaded” ZTL restricted driving areas that pepper most cities in Italy (although “plague” is the verb most other people would use).

Most people traveling to Italy still don’t know about this enforced system to preserve fragile landmarks in the center of villages and towns alike, so we’re proud that our post spread a little more awareness… and saved some of From Home to Rome’s guests from some hefty fines! What’s the new in the city, fines-wise?

Since we wrote that post, things have gotten even more serious in Rome: there is a new ZTL area in town, the so-called A1, which includes all the streets in the Tridente bit of the city center, the fashion district that is roughly between Piazza del Popolo and Piazza San Silvestro. This new ZTL is off limits even to mopeds, if they don’t belong to an authorized resident!

Secondly, the Tutor system is back and operating in Rome too. The Tutor is comprised of a series of cameras that take a picture of your car but instead of fining you on the spot, like it would happen if you were entering the ZTL, they calculate your speed between when they first photographed your vehicle and when they did last. It’s obvious that cars speeding will take very little to go from point A to point B, and that’s exactly when the Tutor (another unmanned system) will send fines their way.

We don’t mean to terrorize you, but here’s an observation. Having guests from all over the world coming to the city, we realized that signage and rules of the road are sometimes not the same at all – in some instances there may be slight variations, however in other circumstances they are completely different.

Signs announcing the presence of Tutor cameras or ZTL areas, for example, only come in Italian – which is questionable, given the amount, if anything, of truck drivers working in and out of our borders to deliver goods.

So, in the interest of keeping you from a major headache, here’s some of the most important things you should know about what to know about driving in Italy.

Speed limit signage consists of a round sign bordered in red – inscribed in the white middle is a number (you can see some example of speed limit related signage here).

Different numbers will be on different types of roads, and you may encounter stricter speed limits or even more flexible ones, depending on the municipality you’re visiting.

Don’t save on International Driving Permits

Particularly if you’re traveling from outside the European Union, you will need an IDP to drive – an International Driving Permit – which basically “translates” your driving license into one you can use in Italy.

An IDP can be obtained at any AAA, and costs about 45AUD. In spite of its cheapness, many travelers who are keen on driving in this country won’t bother with it, at the risk of a three to four digit fine if stopped by the police: 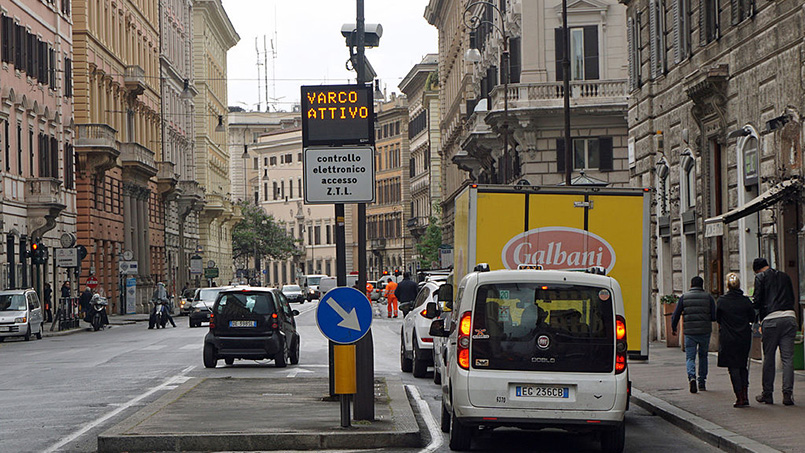 ZTLs and the Tutor system are not the only way to enforce restrictions or speed limits: speed cameras and speed traps are increasingly used, even on minor roads in the middle of nowhere.

Using a navigation device with live traffic services or popular apps such as Waze can help you learn in advance when you’re approaching a stretch of road that has a speed trap near it.

… And know your fellow drivers

The general view on Italian drivers as seen from abroad is that they’re reckless and dangerous. As Italians ourselves, we will counter that by saying that locals are aggressive, yes, but extremely competent drivers.

They learned how to drive on narrow, often medieval roads not originally (and obviously so!) intended for car traffic (!), and know everything about driving stick (just one of many examples).

Watching traffic during rush hour from the safety of the pavement can be something in between a wild ride on a roller coaster or a choreography (especially when mopeds are involved). If you do decide to drive in Italy, take some time to really look at what is going on on the road before dipping your toe in it yourself!

In cities and villages alike, the most coveted parking spot will have white white stripes painted on the pavement – this means that type of parking is free of charge.

Unfortunately, these are really a minority now, and you will need to watch out for blue-striped parking spaces: there will be a meter nearby and during certain hours of the day (usually from 8 to 7pm, but that can vary depending on the city) you will have to pay for your spot (more and more apps also help you do this).

Where am I staying when we get to Rome next time ? one of these apartments with a view like this. Check out From Home to Rome 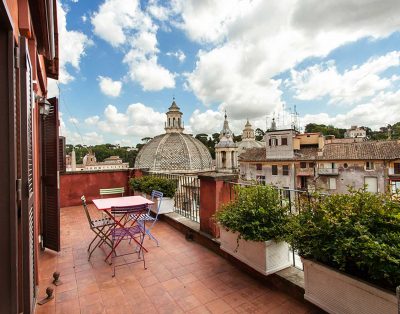